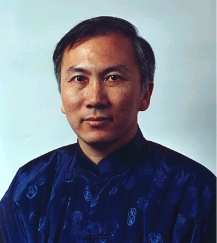 Grandmaster Huang Chien-Liang is a man of many talents, interests, and commitments.  All of these focus on his devotion to the martial arts principles, philosophy and technique.  He is a humanitarian dedicated to sharing his gifts with his students, colleagues and spectators.
Grandmaster Huang completed his academics by completing his college education earning a B.S. degree from the National Chung Shing University, Taiwan, R.O.C.   Since then, he developed his dedication for Kuoshu and has trained in it for 45 years and taught for more than 35 years.  In his devotion to this doctrine, he was the founder, Chairman of the Board and President of the World Kuoshu Federation, President of the United States Kuoshu Federation, and in 2000, he was the first inductee into the Kuoshu Hall of Fame.
Since 1984, Grandmaster Huang has promoted and sponsored numerous national and international Kuoshu championship tournaments; from 1986 to 2000, he served as Head Coach of the United States Kuoshu Team, which competed in the World Cup and other international tournaments.  Grandmaster Huang has been called the “Coach of Champions” because of the many competitions his students have won in forms, weapons and full-contact Lei Tai fighting.  At the 2nd World Kuoshu Federation Tournament, 2006, his students won Gold medals in Tai Ji Quan form, weapons, and Push Hands.  Grandmaster Huang founded the U.S. Kuoshu Academy in , and teaches Tien Shen Pai Kung Fu, along with other Northern styles, as well as Tai Ji Quan, Xing Yi Quan, and Ba Qua Zhang.  He was Director and Chief Arbitrator of the 7th World Cup Kuoshu Championship.
Grandmaster Huang is the only full heir to the 63rd generation Tien Shen Pai Supreme Master Wang Chueh-Jen, “the Double Broadsword King of ”.  As the outstanding supporter of Tien Shen Pai in the world, Grandmaster Huang has concentrated his efforts in the arena of the , Europe and .  He is known internationally as “Kuoshu World Bao Qing Tian”; China’s most famous judge, and is an international Kuoshu Coach/Instructor and international Kuoshu Referee “A”, the highest ranks, by the International Chinese Kuoshu Federation (ICKF).  In 2004, Grandmaster Huang received his 10th Tuan degree, the highest rank from TWKSF and was certified at the 10th Tuan level by the World Traditional Martial Arts Union.
Grandmaster Huang travels world-wide teaching seminars, and he has produced videos on Tien Shen Pai, Qin Na, Tai Ji Quan, Xing Yi Quan, and Dao Meditation.  He designs and implements instructor, judge and referee certification programs, and has also introduced a new grading and ranking system for TWKSF.   He has been an adjunct professor in Tai Ji Quan at the Community College of Baltimore County in , for over 20 years, and recently began teaching Tai Ji Quan at the Peabody Institute in .  He has spent much time assisting in the training of Lei Tai full-contact fighters from the United States and other countries; these fighters have  gone on to win full-contact competitions at national and international Kuoshu tournaments, including the World Kuoshu Tournament.
Master Dr Bill Drougas PhD
Is a personally certified official member from Grandmaster Huang Chien Liang in Northern Chinese  Kung Fu Tien Shan Pai
Αναρτήθηκε από BILL στις 1:20 π.μ.
Αποστολή με μήνυμα ηλεκτρονικού ταχυδρομείου BlogThis!Μοιραστείτε το στο TwitterΜοιραστείτε το στο FacebookΚοινοποίηση στο Pinterest
Νεότερη ανάρτηση Παλαιότερη Ανάρτηση Αρχική σελίδα